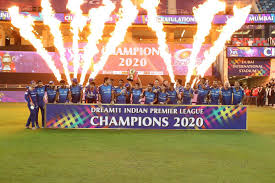 Playing ‘Till The End’, MI Beat RR By 5 Wickets!

Surya Kumar Yadav and Tilak Verma have given their best to MI Skipper Sharma; it was a great birthday present in the match to have dragged the team ahead towards victory. MI has achieved, in this match, a win after facing eight consecutive defeats. After so many defeats in a row, this five-wicket victory does not have much consequence, but it would render Sharma and his team a positive mindset.

Surya Kumar Yadav and Tilak Verma unitedly had added 81 runs in the third wicket partnership – that is the key to having powered five times champion through their second innings. MI was chasing a 159, and they found the victory before four balls of twenty overs, in 19.2 overs, in other words.

RR, however, has not been poorly batted. Mainly, Jos Butler is in an incredible form – the spectacular knock of 67 in 52 balls was engraved with four glittering big hits over the head of MI players. After four sixes in four deliveries in the sixteenth over, Butler had a dot ball, and the next ball got him cleared off. After the sixteenth over, they were 126 for the loss of four wickets. Ashwin took charge in the last two overs to have reached his team at 158.

MI opening partners Sharma and Ishan Kishan were to face Boult. The first over was dealt with easy picked-up shots; after a maximum, the first over was wrapped up with a flawless boundary. Ishan was rendering the ball’s direction on his half to cream it through his fine leg.

This birthday hasn’t gone well as a batsman for Sharma. The young batsman was about to sweep Ashwin, but a seemingly harmless delivery found the top edge for getting lobbed up. Mitchell, the man on the square leg, was settling under it, and finally, Ashwin got the big fish as he made no mistake.

The middle of the bat has become tough to have achieved this year for MI; the top edge remained again the case with Ishan Kishan. He was pulling a length delivery, short-pitched and extra bounce. The top edge found him landed in Samson’s gloves, and both the two openers were taken care of after six overs – only at 41 runs in total.

MI was looking vulnerable, as has become usual this year. But then it was Surya Kumar’s day. He hammered four splendid shots, three boundaries, and a huge six, taking 20 runs in the next over. He was making the difference for today. His being on the crease powered MI to have their target scaled and easily achievable after halfway down their batting innings, and they required 84 out of 60 balls.

Yadav was finding the middle of the bat today; however, after the fourteenth over, he was tonking over long-on boundary line – tossing Ashwin to hit a splendid half-century. It was Yadav and Tilak Verma, the root openers of the win. Though they could not have played the winning strokes – David and Sams were in charge, it was the best gift to the birthday boy, Rohit Sharma – the skipper.