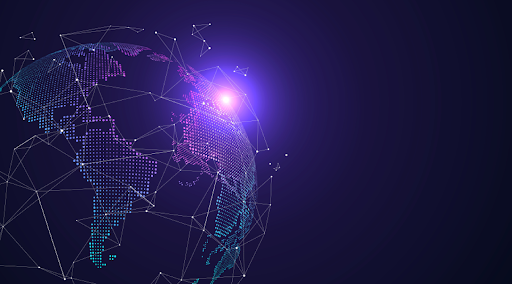 The internet as we know it is evolving. With the advent of blockchain technology, a new type of internet is emerging – one that is more secure, decentralized, and efficient. This new internet is known as Web 3.0.

Web 3.0 is the next internet generation, where users control their own data. With Web 3.0, there is no need for intermediaries like centralized servers or third-party service providers. Instead, data is stored on a decentralized network of computers called a blockchain.

A blockchain is a digital ledger of all transactions that have ever been made. It is secure and tamper-proof, as it is constantly being verified and updated by a network of computers. This makes it an ideal platform for storing data, as it is not vulnerable to hacks or data breaches.

The future of web 3 is still in its early stages, but it is already starting to change how we use the internet. For example, there are now decentralized versions of popular services like Facebook, Twitter, and Google. These new versions are more secure and privacy-centric, as a central authority does not control them.

In the future, more and more services will move to a decentralized model, as it offers many advantages over the traditional centralized model. Decentralized applications (DApps) are already being built on top of blockchain platforms like Ethereum and EOS, and we can expect to see many more in the years to come.

Web 3.0 is the future of the internet, and it promises to revolutionize how we live and work online.

Why is Web3 called Web3?

Web3 is a term used to describe the next generation of the World Wide Web. The “3” in web3 refers to the third generation of the web, which is characterized by the use of decentralization, cryptography, and tokenization.

The first generation of the web, also known as web1, was created in the early 1990s and was primarily used to share information. The second generation of the web, or web2, emerged in the early 2000s and was characterized by the use of social networking, blogs, and wikis. Web2 was a major shift from web1, allowing two-way communication and collaboration.

Web3, on the other hand, is being built on the foundation of web2 but with a focus on decentralization, cryptography, and tokenization.

Decentralization refers to the ability to distribute power and control away from central authorities. In the web context, decentralization means no central server or entity controls the web. Instead, the web is powered by a network of computers that are all connected to each other.

Cryptography is a branch of mathematics that is used to create and interpret codes. Cryptography is used in web3 to secure communications and transactions, the same as Blockify crypto.

Tokenization is the process of converting assets into digital tokens. Tokenization can be used to represent ownership of assets such as property, artwork, or even loyalty points.

The Core of Web3: Decentralization

The internet as we know it today is centralized. This means that a few large companies control most of the internet. This gives them a lot of power over what we can do online.

The good news is that a new decentralized internet is being built. This new internet is called Web3.0.

Web 3.0 platform is being built on top of the existing internet, but it differs in several ways.

The most important difference is that Web3.0 is decentralized. This means that there is no one company or organization that controls it. Instead, it is controlled by everyone who uses it.

This is possible because of the way that Web3.0 is built. It uses a technology called the blockchain.

The blockchain is a decentralized database. This means that it is not stored in one place but spread across many computers. This makes it very difficult for anyone to hack or delete.

Another key difference between Web3.0 and the existing internet is that Web3.0 is private. This means that your data is not shared with anyone unless you want it to be.